Bodyline Wetsuits was established in 1987 and has become Europe’s leading wetsuit repair centre. A true family run business with over 40 years’ experience in providing high quality wetsuit repairs to all watersports enthusiasts.

We repair wetsuits for individuals, surf schools and watersports centres, and our strong reputation and efficient service is renowned within the surfing industry. Bodyline Wetsuits are proud to work directly with the world’s leading wetsuit brands.

We are the authorised wetsuit repair centre for;

Paul grew up surfing the cold waters off North Wales and the North East in the late 1970s. Paul’s love of the sport and quest for (warmer) waves took him all over Europe. He would load up the camper van with boards, and hit the road at every given opportunity.

Over the years, the beautiful Cornish coastline became his second home and relocating to Cornwall became an obvious choice, not just for the waves, but for a better quality of life.

Paul began working alongside Karma Surfboards’ shaper Dave Farrow in the early 80s. He developed his skills in custom wetsuits manufacturing at a time when fluro wetsuits were all the rage. The 1980’s were an exciting time for the surf industry as money started to be injected into the sport and surfing equipment really started to evolve.

By the end of the decade Paul had established himself within the British surf community. Bodyline Wetsuits was providing warranty repairs for some of the biggest brands in the surfing industry.

Today, 30 years may have passed, but Bodyline Wetsuits still maintains the same values and reputation. A true family run business, our experienced team also includes original machinists from Gul Watersports, who were at the forefront of watersports technical development and original wetsuit manufacturing facility was based in Cornwall until the late 1990s.

WHAT PEOPLE ARE SAYING 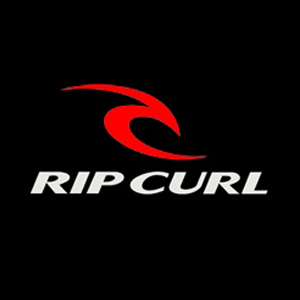 “Rip Curl have been using Bodyline as the official UK repair centre for over 15 years. They have consistently delivered a fast, professional and the highest quality of work over this time and we are proud to have them as part of the Rip Curl team”